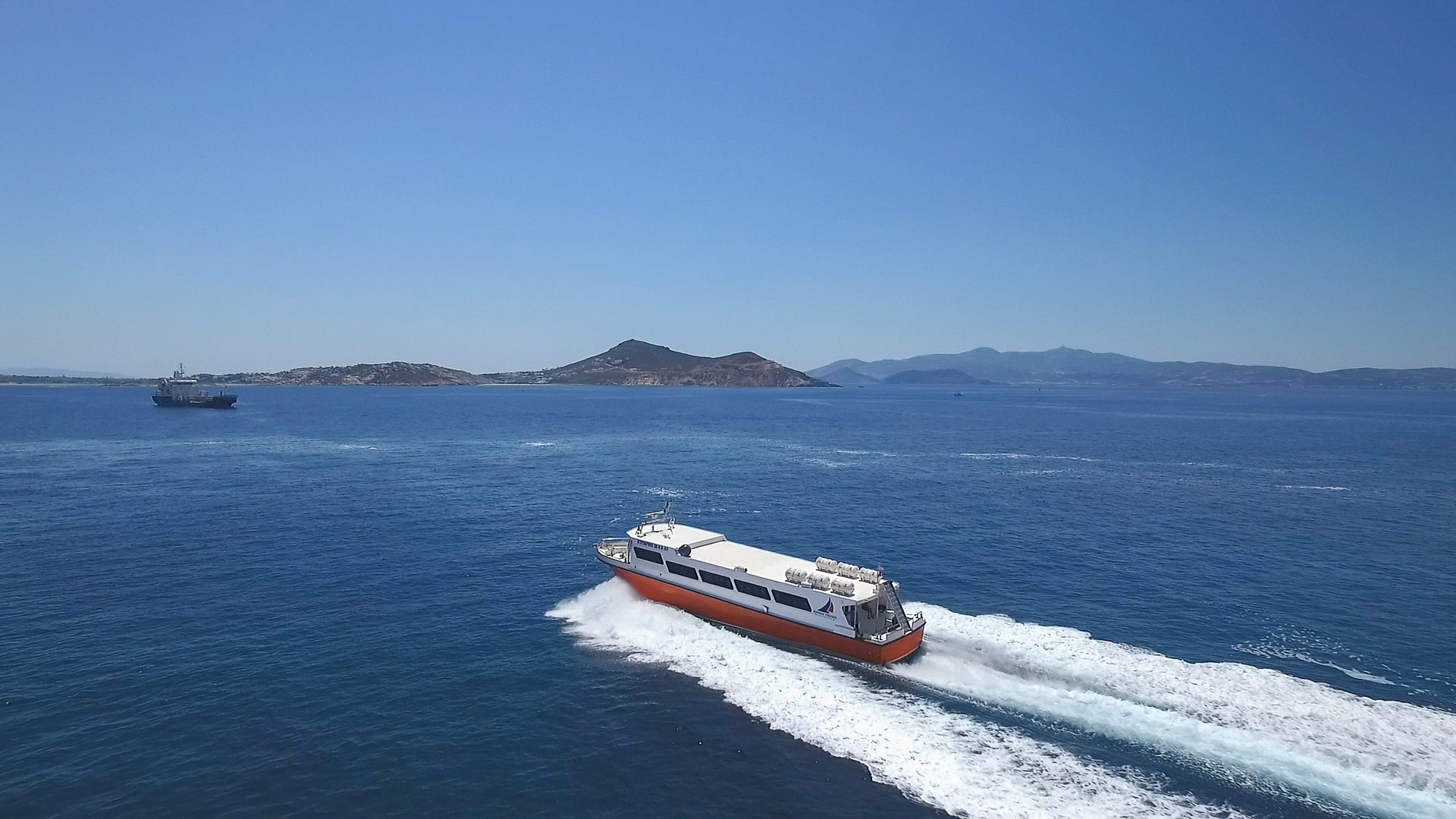 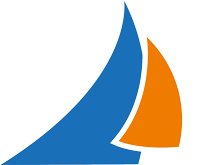 Your ultimate link to a fast and safe trip to the Cycladic islands. Enjoy your cruise pleasantly and rested with our 4 newly-built high speed boats and you will surely find what you are looking for! 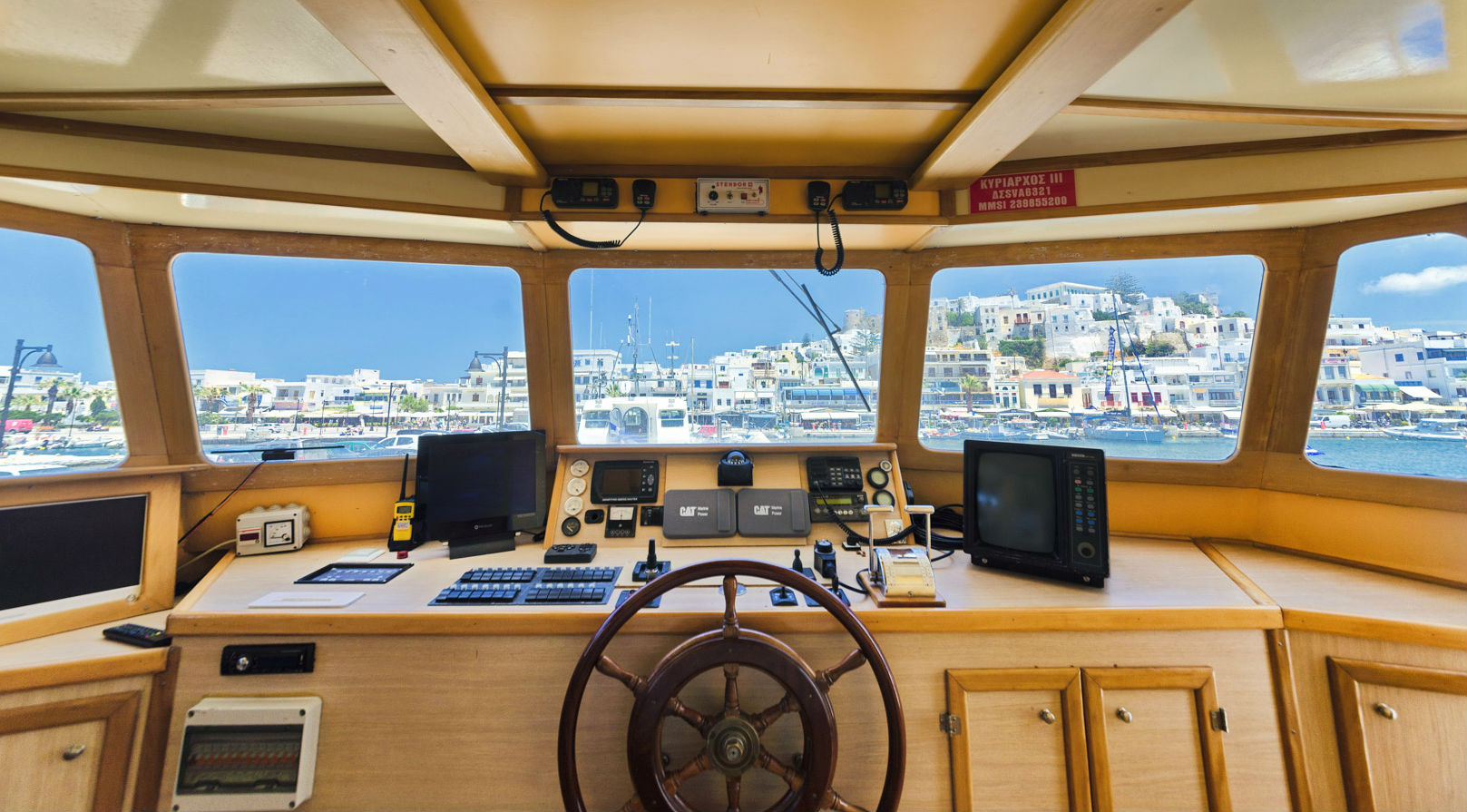 Enjoy the fantastic conditions of Greek summer, such as the bright sun, a nice breeze and pleasant temperature. With the wonderful landscape of Clear blue waters, vast island-dotted horizons, along with an exciting voyage of discovery, unraveling the wonders of the Aegean Islands. 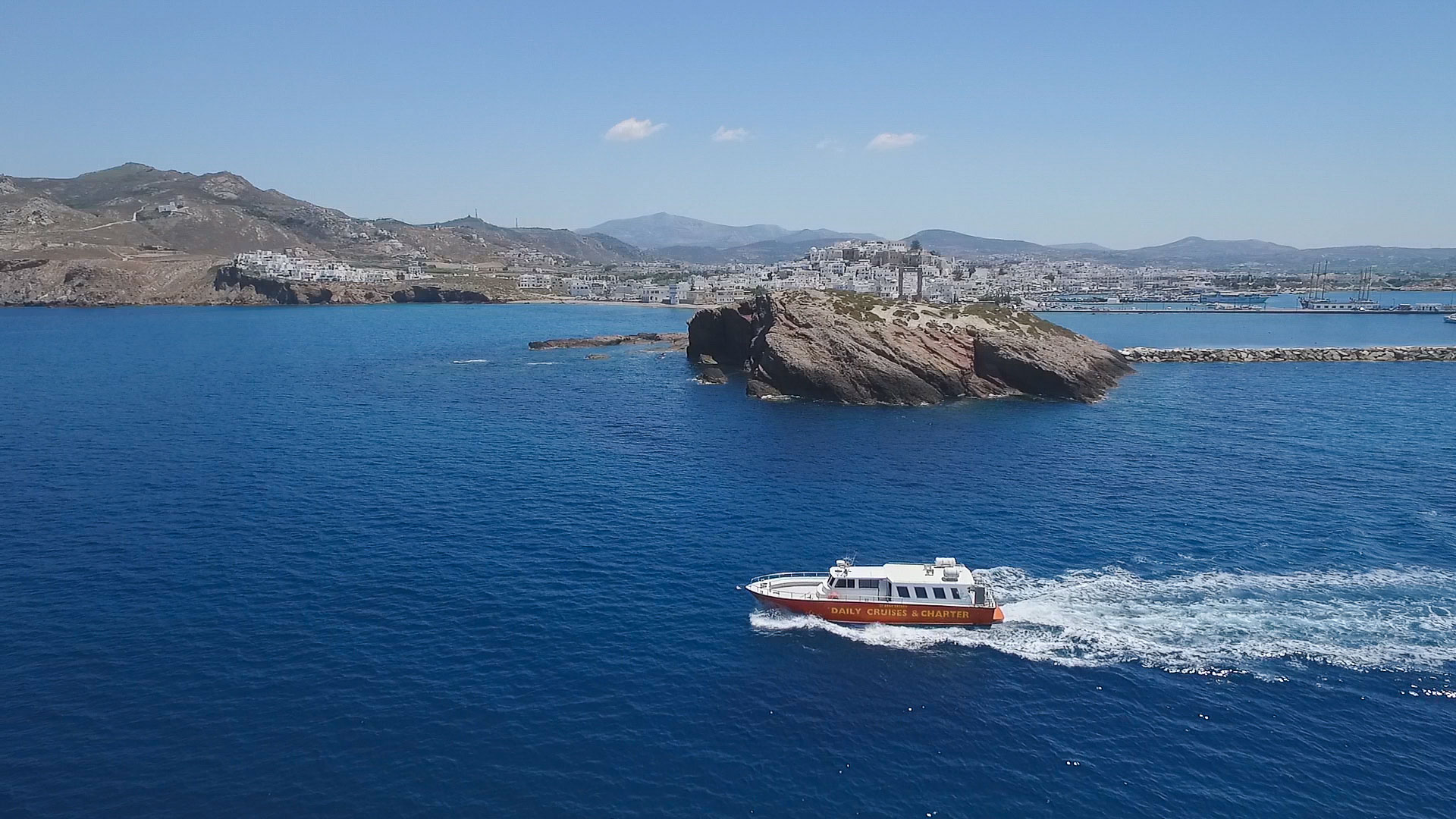 You will discover a new port of call, a hidden cove with crystal blue waters to cool you. So if you wish to combine carefree relaxation with the joy of discovery, Kerras cruises are what you are looking for.

The Kerras Cruises Group was founded in 2009 by Dimitris Kerras, a naughty man in the shipping industry. Mr. Kerras was born in 1946 in Syros, and since then he has been living in Naxos. Also known as Tsipouras. His love for the sea urged him at the age of 10 to secretly buy a boat to go fishing. Afterwards the boat became poor and it began to occupy it professionally with the truth, initially in 1980 with the first “MARIA” windscreen and then in 1985 Mr. Kerras constructed in Thessaloniki the two windmills “NIKOLAOS-THEODOSIOS I, II “26 m each and thus became one of the most successful businessmen in Naxos. Its main characteristic is charity as it has often helped to tow boats and rescue people, exemplified in 2000 when reason of unfavorable weather conditions overturned a sailing boat and saved the shipwrecked from the sea area open to Naxos. This award was awarded by the Department of Merchant Shipping and the then Minister Christos Papoutsis. 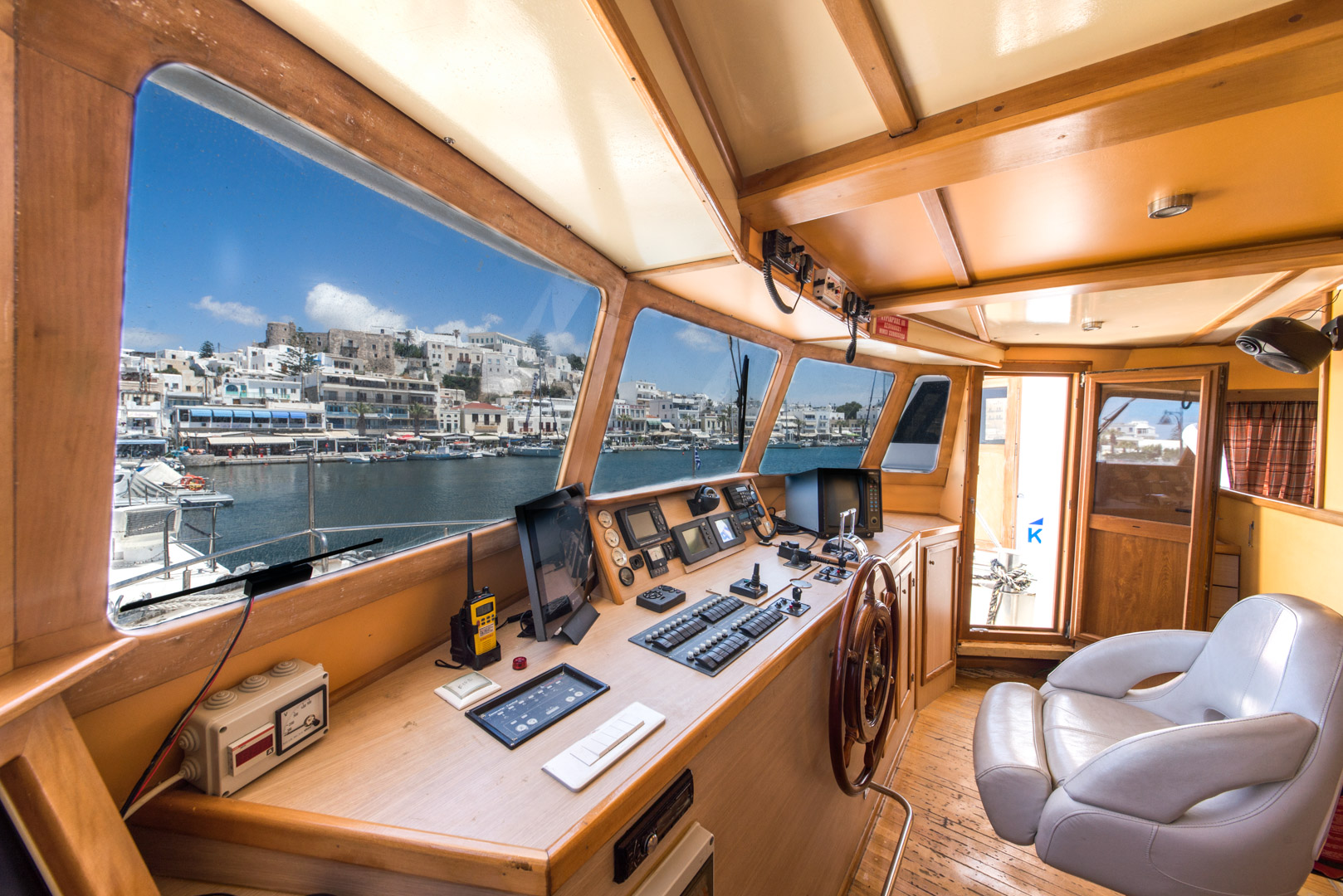 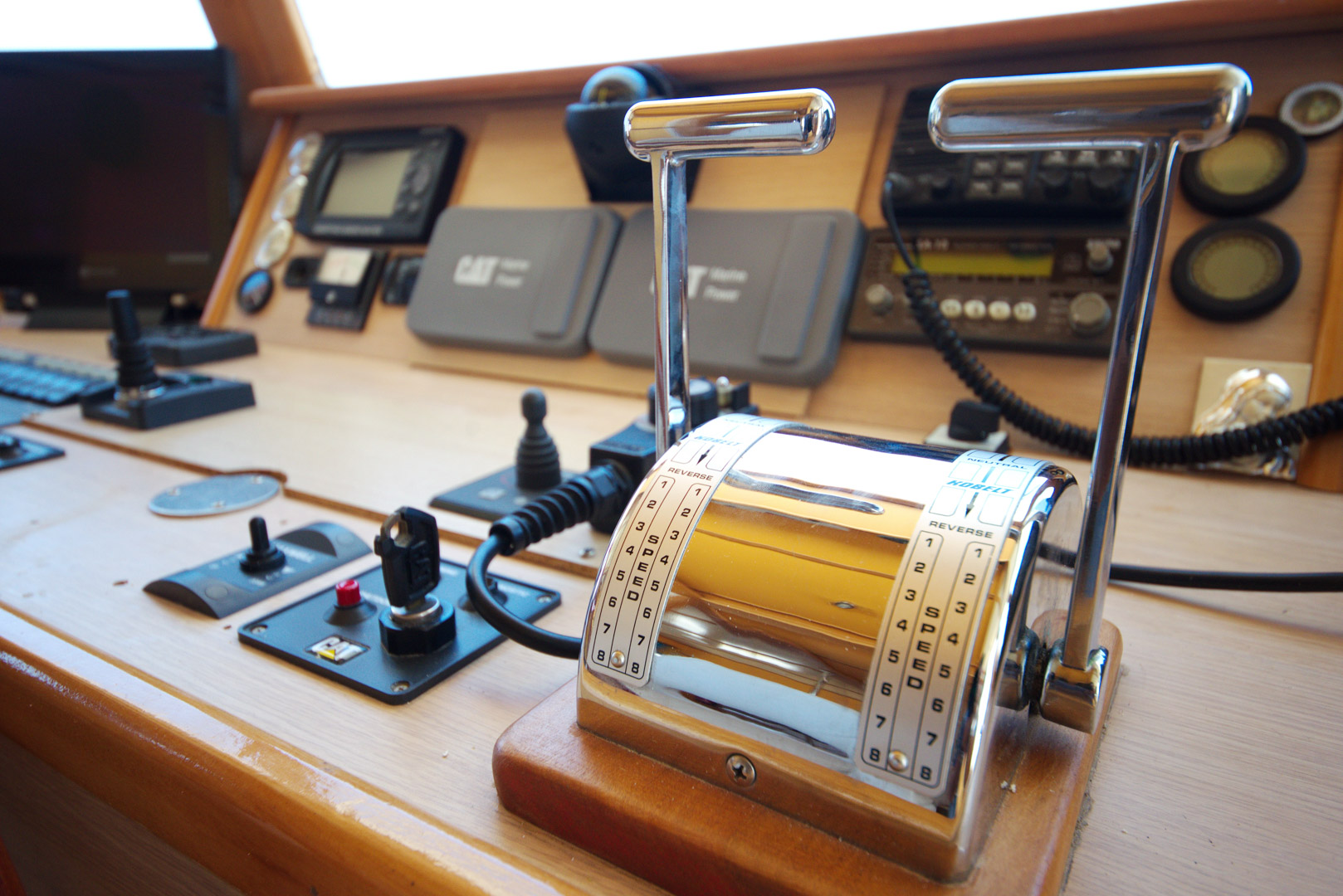 It is well known that our islands are lagging behind in the field of health, so Mr. Kerras constructed the first speedboat in 2005, DIMITRIOS K with which he carried out the transits of patients from all the islands of the Cyclades to Syros and Lavrio. From 2009 begins the creation of four ultra-modern speedboats with the first KIRIARCHOS I, 2011 KIRIARCHOS II, 2014 KIRIARHOS III and in 2017 KIRIARCHOS IV. Built in Greece in Koropi, Attica by the shipyard OCEAN YARD, which makes cruises and is chartered by anyone who wants to be transported quickly and safely. 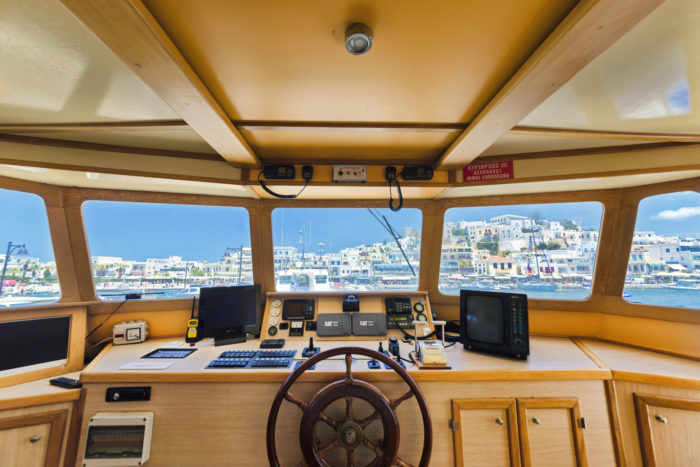 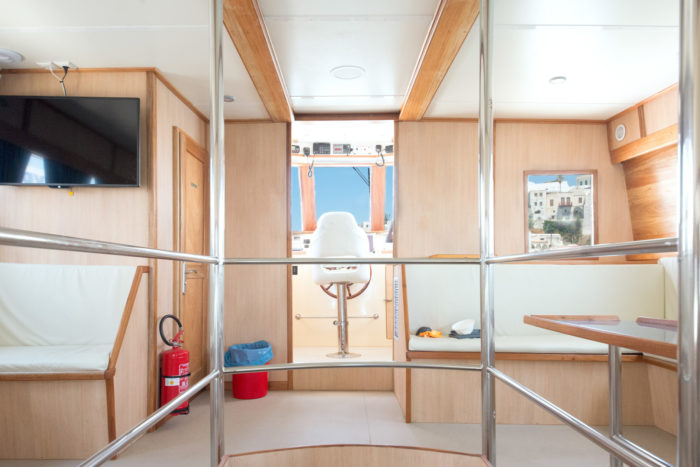 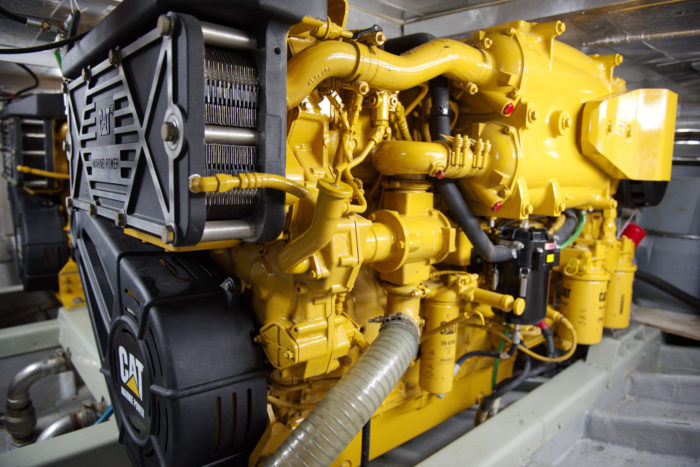 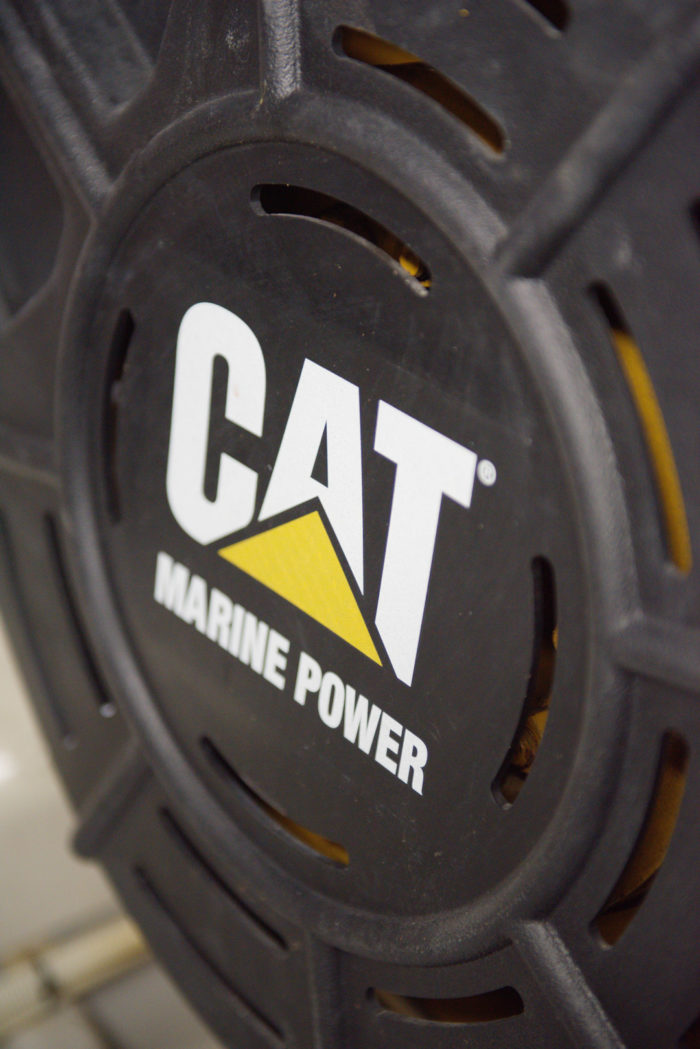 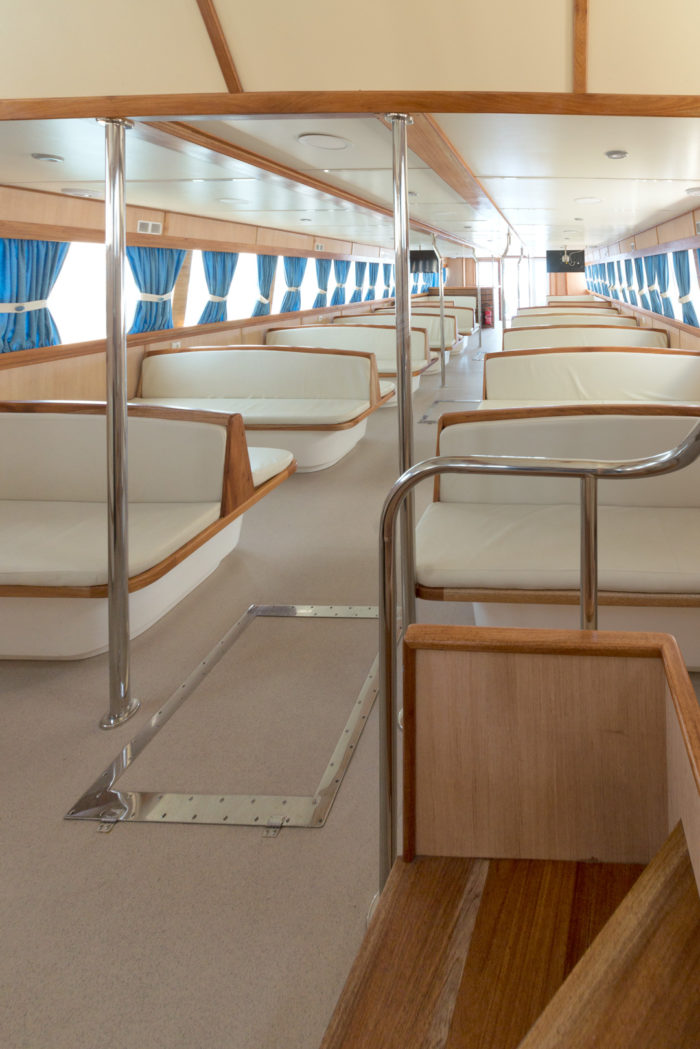 The newly-built passenger transport boats of our company are designed and built in Greece. The geometry of the hull is V-shaped. This design, as well as the new-generation composite materials, enable the boat to safely and comfortably navigate for passengers even in difficult weather conditions. It also offers high speeds and great resistance over time. The interior of our boats is made of solid wood and moldavia, windows with safety glass and suitably secured passenger seats. The WC rooms with antechamber and ventilation with a blower include a nautical-style toilet, a wash basin, a fresh-water tap (hot and cold) and a baby changer. The space of the bridge is equipped with super-synchronous navigation instruments. 220V DC power sockets, LED spotlighting throughout its interior, and emergency lighting even at the rescue launch site. 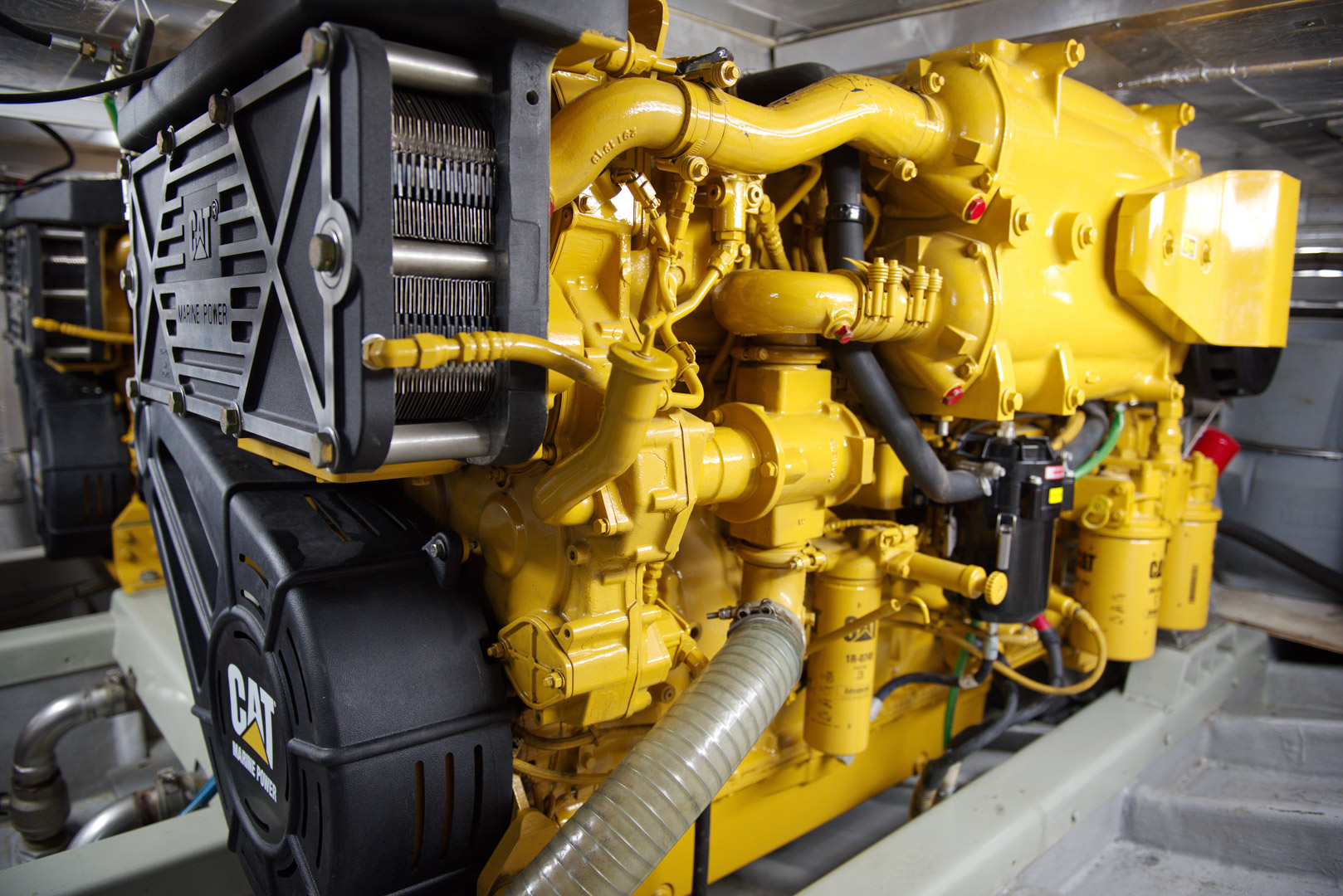 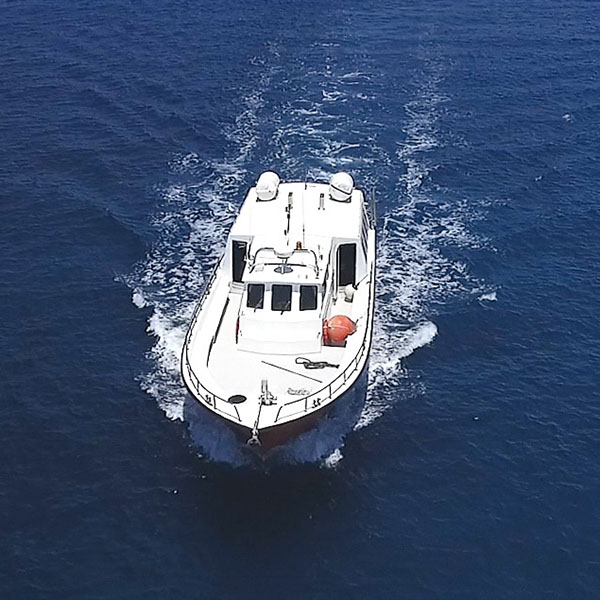 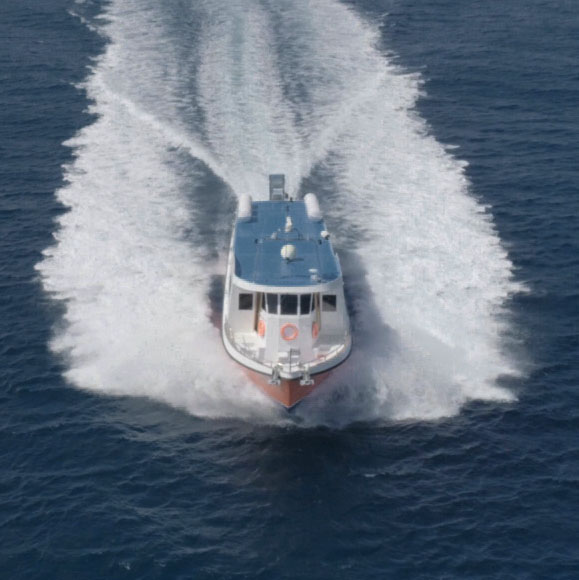 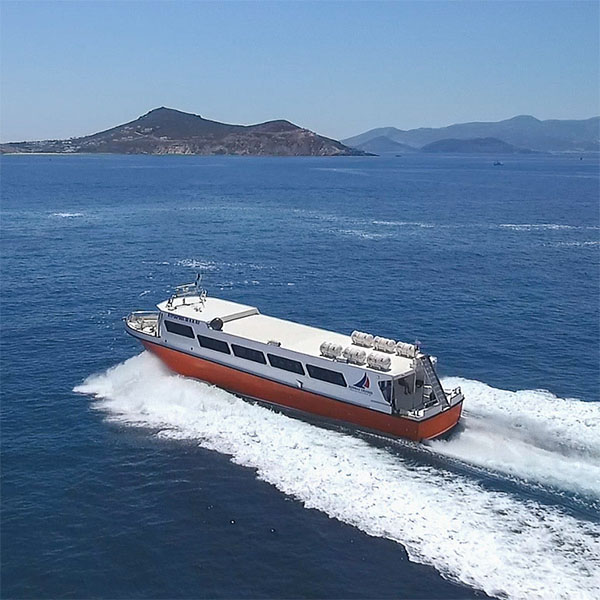 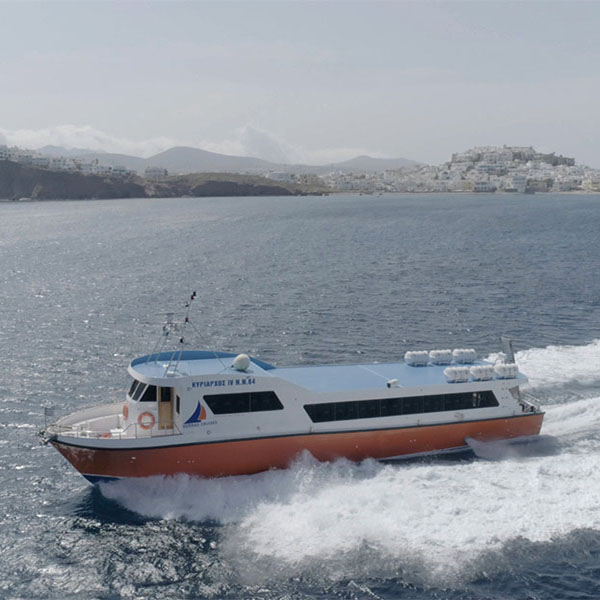